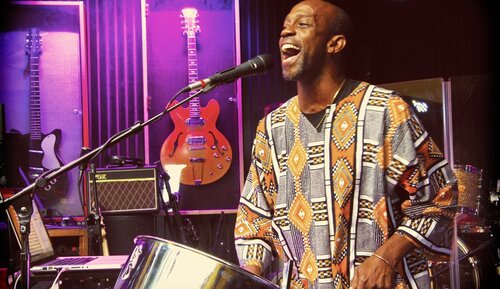 If you want to know what it sounds like when Reggae, Calypso, Jazz and Funk collide and entwine with the feeling of a getaway in Trinidad, then Einstein is a must! It’s unique, upbeat and energetic. Many try to imitate his sound, but Einstein has made it an art form. Whether performing solo or with his band Sapadilla, his music is a Caribbean Fusion Explosion.

Einstein has also appeared in numerous television shows and commercials, as well as feature films and videos. He has performed for the likes of Debbie Reynolds, Carol Burnett and Michael Jackson, as well as performing with Chaka Kahn in a video for MTV.